As the director of development at Urban Capital Property Group, Taya Cook finds herself sitting in a lot of boardrooms surrounded by men.

Cook says she knew women who were doing fantastic work in the development industry, but for some reason, they weren't at the table.

So when she saw an article last year showcasing the "kings of condos" — more than a dozen men developing the city — she thought something had to be done.

"It was a very striking visual representation of what I've experienced in the development industry for the last 15 years," she said.

"Where are the queens?"

Aiming to find them, Cook teamed up with Sherry Larjani, managing partner at Spotlight Developments, to create the city's first all-female development team, with women leading projects in all areas, including engineering, architecture and urban planning.

"It's just to make a statement," said Larjani.

"It actually brings the females that are working behind the scenes and puts them in front of everybody to see." 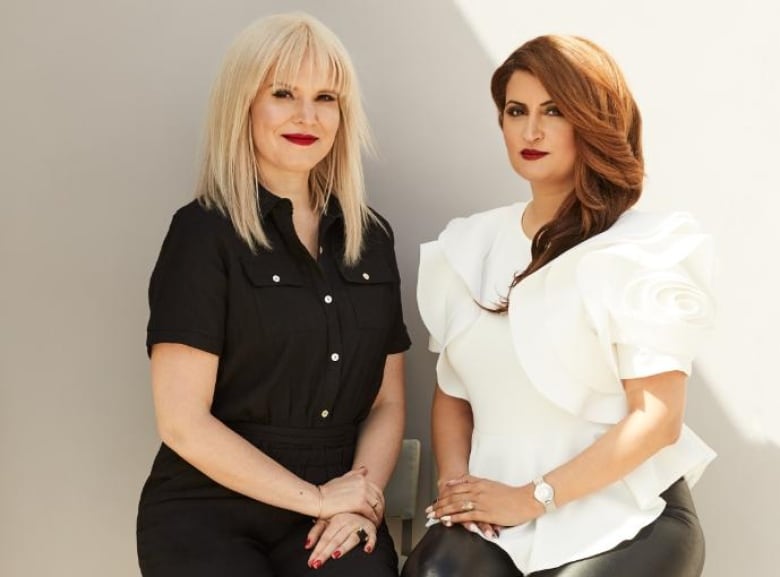 Taya Cook, left, and Sherry Larjani teamed up to create the city's first all-female development team, aiming to showcase the talents of women in their industry. (Riley Stewart Photography)

The team of approximately 15 women is working together on a residential project in Etobicoke, dubbed Reina, which means queen in Spanish.

Still in the design phase, it will eventually rise on the site where the now-demolished House of Lancaster strip club operated.

Building by and for women

While improving the visibility of female workers, Cook and Larjani say they also want to improve design. Their project will look at how improvements in spacing, lighting and security can make buildings more welcoming for all residents.

Some of their ideas include communal storage space for strollers on the first floor, bedrooms designed specifically for children and even a communal kitchen as an amenity so families can host large gatherings.

Cook said men and women in the industry are guilty of overlooking these ideas.

"We know what works and we do it again," she said.

"What's unique about this project is that we're taking the opportunity to step back and really ... rethink all these assumptions."

Larjani says they've come up with these ideas because they're thinking more about what women, and mothers want and need in a space.

"They are very simple ideas at times, but they're things that sometimes in buildings are overlooked," she said.

Rethinking design with women in mind isn't a new idea.

In Vienna, Austria, the government has a gender unit that started projects to widen sidewalks for strollers, add more lighting to streets and move bus stops to places where women felt more comfortable waiting.

In an email, Toronto's chief planner Gregg Lintern says the city also has "inclusive and gender neutral" policies, ensuring spaces are inviting to all users.

As for the Reina project, he says his team applauds its "objective of comprehensive and inclusive development solutions."

Both Cook and Larjani emphasize their project isn't meant to exclude men, but is a way of showcasing the talents of their female colleagues.

According to Statistics Canada data from 2018, women make up 17.9 per cent of Toronto's residential building construction industry.

"We're trying to prove and trying to show that we are here and we love to do this and this is a viable option for young girls. If they decide that this is the path they want to pursue, then get in it and do it," Larjani said.

The team has a lot of work ahead, transforming the site of a former strip club into an inclusive living space.

The House of Lancaster closed in late 2017 amid concerns over violence in the area. (CBC)

"It's definitely an interesting coincidence," Cook said, but added they chose the spot because of the growing number of families in the area looking for homes.

The team is planning to build a nine-storey apartment building with lower level retail, a large courtyard and walking paths.

They plan to go to market in the fall and break ground next year, but before then, they want input from the community.

They're holding a design consultation July 10 so residents can share ideas. Cook says they also have a survey on the Reina website.

689 The Queensway, the former site of the House of Lancaster, now sits empty. (Google Maps)

Meantime, as the team continues to meet and plan, Cook says her boardroom experiences are looking a lot different these days.

"To now go from sitting in boardrooms where I was the only female, or maybe there's two or three other females, and creating my own boardroom experience and having that opportunity, is wonderful."