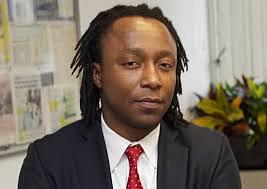 Dedicated, committed and philanthropic; these are but a few words to describe one of Europe’s finest entrepreneurs, Freddie Achom. The British-Nigerian has continually shown his desire to maintain his status at the pinnacle of global enterprise. Despite looking relatively young and sporting a simple blazer—frequently worn over a shirt and a pair of jeans—the articulate investor is a business guru worth reckoning.

“I started working for a stationery company and it was then that a more senior member of staff said to me, ‘you are really good at business development. How long have you been doing it?’And I said, ‘this is my first job. I’m just here for the summer and when university starts again, I’m off.’Then he said to me ‘you should consider it. Your bosses are not telling you that you are doing something special.’,”said Achom, who was formerly studying medicine before switching to business while at the university.

In 2017, the 44-year-old, chose to diversify his interest s by switching his focus majorly towards the technology industry.

“The technology space is almost like back in the Wild West where everyone has got their tools out searching for gold. And we all know that though everyone went out, only few came back with lorries of it. Everybody wants to be the next Google and Facebook, but that is not going to happen. But, if you have the right kind of mechanisms in place, if you are looking at the market with your entrepreneurial brain fully on it, I think you’ll do ok,”said Achom.

“What I find is that the early technology entrepreneur success stories are stumbled upon. Those guys are always guilty of labelling  themselves as entrepreneurs and they then embark on this continuous journey to replicate their success, disregarding the fact that the first one was an accident.”

“It just doesn’t work. The people that are really replicating success within the tech space are those that are genuine entrepreneurs and have criteria that they follow and a philosophy that really works for them.” However, since the emergence of blockchain technology—which has led to the increase in cryptocurrency investments over the past few years—Achom has shown a desire to hinge on the technology in improving the financial sector.

“Wherever you are, blockchain, the distributed ledger technology, seems to be the focus of business conversations and it’s becoming more and more important to us too. It’s the new Internet. Internet 2.0 so to speak! It isn’t something anyone in the sector can ignore,”said in an interview at his family home in Paris.

“More and more start-ups and founders are tokenising their businesses with the idea to create secondary or alternative commercial value, so there is real opportunity here for those that have a sound technological underpinning. This is the year that many are recognising the future importance and the need to explore this avenue when deciding on how and where to raise seed or growth capital for their businesses.”

Speaking about his plans for the rest of 2018 and beyond, Achom noted that the Blockchain technology is a rather ‘virgin’field that can be capitalised  on by his company—reiterating that the blockchain and fintech industry remains his major point of focus.

“Many start-ups are exploring this avenue and looking at it very closely. Soon it will be a very crowded space, but we have a lot of experience in related sectors and therefore feel we can carve out a niche for ourselves, particularly within the emerging market arena. We focus predominantly on finance-related tech and virtual currencies may well fit into that,”he said.

“At this moment we are very involved with at least three blockchain-based technology companies and I am sure there will be more in the very near future as our deal flow, which is predominantly relationship-based, seems to be growing with more enterprise solutions based on this tech.”

According to a survey by finance firm Market Invoice, the implementation of Fintech across many sectors is saving UK businesses approximately £4.6 billion during 2017/18.  As an entrepreneur, there is immense appreciation for the underlying technology that powers cryptocurrency. Unlike regular financial institutions, it facilitates the transfer of currencies through a decentralized  environment. Data is then stored in an interlinked network of computers, owned and operated by the end users themselves.

Blockchain’s use to businesses include supply chain management; quality assurance; accounting; “smart contracts” and also security and commodities trading within stock markets. Recording transactions through the blockchain virtually eliminates the presence of human error, leaves a highly traceable audit trail and secures the data from being hacked by unwanted sources.

As CEO of Rosemont Group Capital Partners, Achom’s early stage investments cuts across different sectors with companies in Europe, South America, East Asia and Africa. Included in his group’s list of investments is Communication Power Engineering Company (CPEC), a renewable energy service company and one of the oldest listed companies on the Bombay Stock Exchange.

Other companies registered under the group include BWC Management, a wine brokerage company and Hershey Pascual Fashion, a high-street women’s fashion brand. Also, Achom’s interests extended towards the restaurant and nightclub industry where he holds stakes in several leading spots, including Jalouse in Mayfair and the famous Scotch of St. James in Westminster.

However, as he continues to expand his investments, Achomis aiming towards  building  a stronger presence in the fintech sector.

“We  as always  continue to focus on the fintech sector but will aim to build on our plans to be a strong presence in emerging markets like South America, East Asia (India and Pakistan) and Africa. Of course, we do already have a presence in these markets, but we would like to be more active as we see huge potential for growth and oversized returns in those markets,”he said.

Achom is also eager to have an impact in Africa where he believes there are lots of untapped opportunities.

“We specialize in is renewable energy, so we are looking at Ghana, Nigeria, because West Africa will be our focus. Secondly, technology. We look at what we are learning here in the tech space and at some point, it will be our ambition to create an incubator where we nurture ideas at the early stage,”he said.

“The telecommunications infrastructure has laid the foundation. The fundamentals and the user base are there, so this will be hugely profitable.”

Known for his philanthropy and desire to help promote new talent, Achom founded the Rosemont Foundation—which has been actively involved in giving back to the society and ensuring, ‘that the less privileged can have a shot at succeeding in life.’

“I grew up believing that I could own my own business. That I could aim high and achieve. I never felt I had a limit, I could see my future. That was my norm but sadly I know that it is not the same for everyone. Many young people, especially those from less privileged backgrounds, feel cut off from the business world but that should not be the case,”said Achom.

“The Rosemont Foundation tries to bridge that gap and show that there are opportunities for all within the corporate world. We need and want more diversity in the boardrooms. There is still a lot of work to do to level the playing field, but I like working with people, with new talent, helping people to develop and realise their potential.”

“Self-belief and aspiration are both very important, so we need to help young people develop both of these qualities,”he continued.